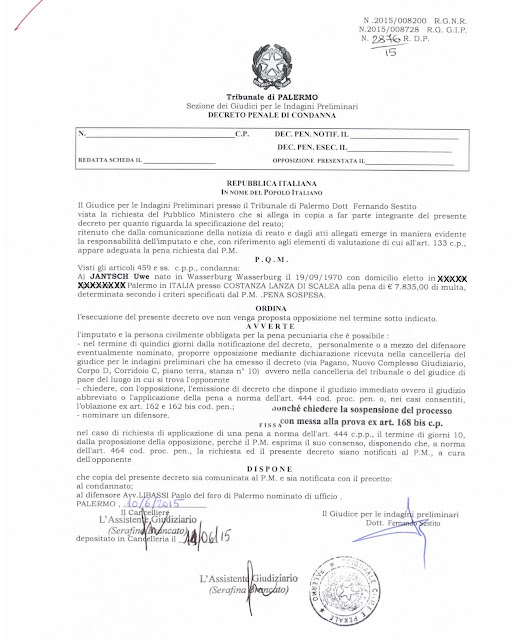 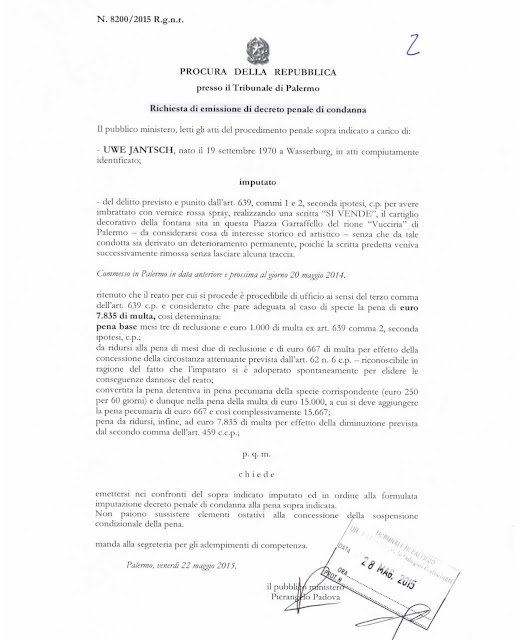 in this time at the vucciria the last shops of the market were closing at 9 pm and the taverna azzurra was closing a half hour later. the market was open at 6 am in the morning. the night was empty and silent, some men around, no women, but dogs. the point why i rented for 2 mounths a small magazzino of the palazzo lo mazzarino at the piazza garraffello.

at the other side of the square was my pilot work what i did one year before, 19 types of flowers covered on 19 open rooms in the ruin of the ex loggia dei catalani, because i continued to make other rooms with this unfiltered kind of communication, raw like in this square, disgusting sometimes. not only for that the beautiful world of italian art contemporary was going in distance with me quickly, the other important point of good bad happy sad. i called it stanza 21.

i was sitting in the stanza 21 on a high seat between 2 refrigerators and i sold 2 different drinks in a bad italian language. in front of me was an electronic organ, three chairs right and three chairs left for visitors. the most visitors were men, night workers, thieves, pimps, alcoholics and a few they can´t sleep. 6 objects inside i dedicated to 6 different women. they frequented the room in different times. mostly. at the last week there were two raids in one night. after the ri-installation of the stanza 21 i did my first official 48h no break performance at the last 2 days.

finally, today, all magazzinos are open again, but from midnight to the morning, closed at the day. the irony of the times for the kids they were growing up with my things at the piazza garraffello. nobody of them want to go to the north to earn money, because its much better at home for the money. cash rules, not god.

there´s nothing more i can´t explain better than this kind of magic moments in palermo, the off city. at the end good things are working like everywhere. in the last couple of months an anonym black sunglasses mister asked, asked and asked me what i can do on the worst palace covered since 2,5 years with true sicilian cement in the square of concrete and clay. impossible, because till one week ago my right arm was defect for a long time. who cares if the anonym mister loves his own city and he promised seriously that the technic money isn´t a problem. anyway the morning of the dicembre 3th was one of this days at the piazza garraffello where you have to be fast like in a videogame.

i went down to the bancomat, like every morning, and an italian group guided from a young man mauro filippo was waiting for me without appointment. behind me an other private group of men with black sunglasses on a crane installed the new LED christmas star, while i explained the italian group why i´m not a street artist and thats why some of them bought the palermo icons value papers to see within any pictures of mine for understanding why i´m not. not mine but the other pieces of street arts around in the low square even yes and for free. after i gave the cash which i earned from the value papers to the leader of the group with the black sunglasses. they took me from the LED star of christmas directly up to the worst palace to make a beautiful palace. 30 minutes for the beauty. when i looked down to the people in the square, i saw all of them were lookin´ up to me with black sunglasses. i saw the black sunglasses mister who smiled and i recognized the durex tropic tower reflection in the sunglasses of the group. the group of the new LED christmas star group.
Pubblicato da uwe ti default a 14:39 Nessun commento: